It worried me, so I'm always on the lookout for toys he can interact with that can grab his attention in that same way, but without being glued to a tiny (or big) screen.

That's why I was intrigued when I heard this popular European toy was coming to the U.S. It's called the Toniebox and it's launching today ! 🎉

We had the chance to test out a box ahead of launch, so here's the scoop:

Meet the Toniebox and Tonies My son calls the Toniebox "my music" and you can understand why. It's a storytelling and audio box he can fully control with little figurines called "Tonies." They look like regular toys—and come in popular characters like Woody from Toy Story or Ariel from The Little Mermaid— and you set them on top of the box to activate the cube. 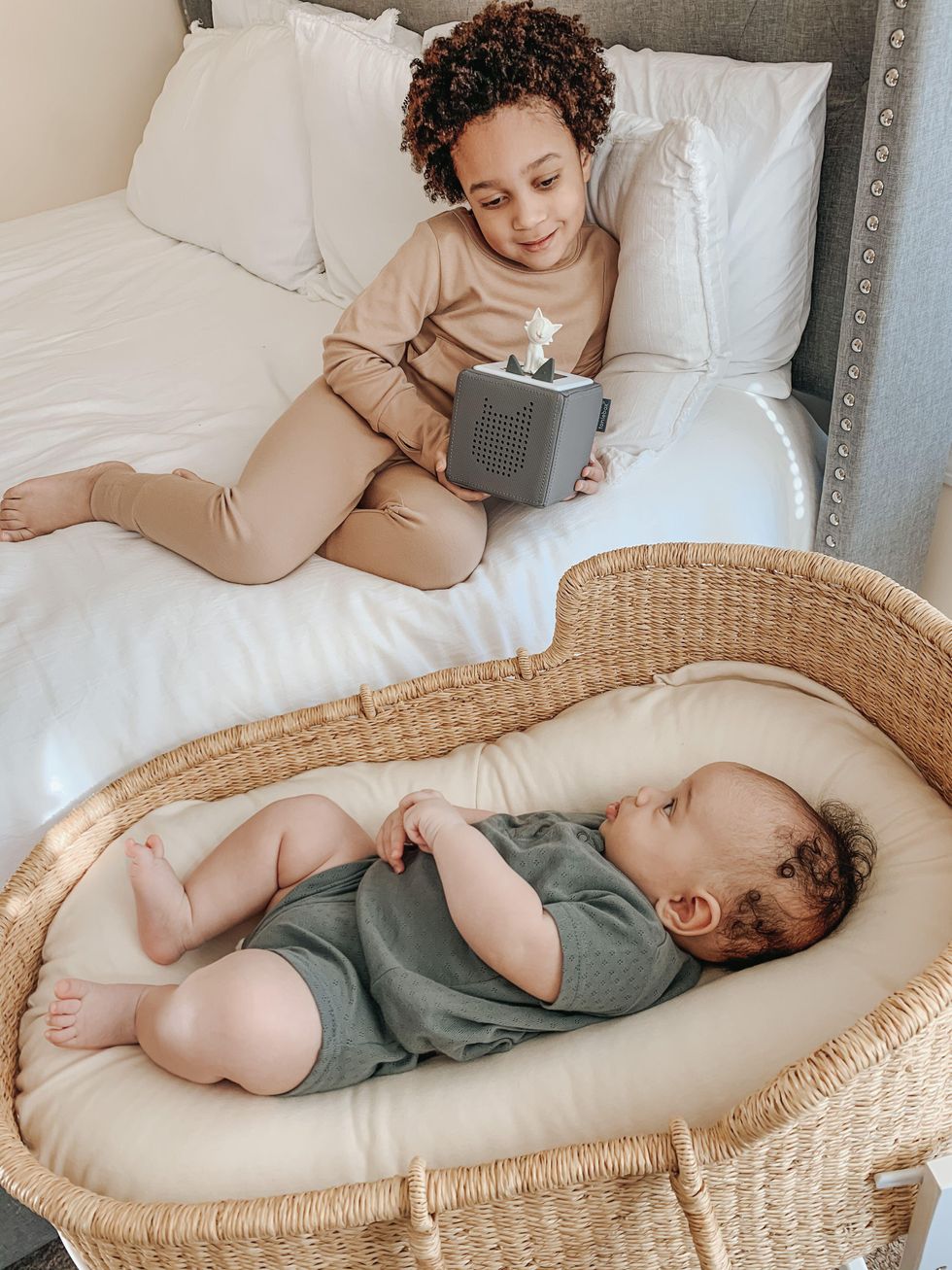 The special Sleepy Time Bundle includes a grey Toniebox, a color-matched Creative-Tonie for custom recordings and all three Sleepy Time Tonies for $124.99. But if you already have a Toniebox you can buy just the sleepy Tonies for $14.99 each or $44.97 for three.

Each Tonie comes pre-programmed with stories and songs, and your child can fully control the Toniebox through controls on the Toniebox's ears and by hitting the side of the cube to advance to the next story. It's so intuitive my 4-year-old figured out how to navigate it just by experimenting.

The cube itself is super durable yet soft. It's shockproof, covered in fabric, has no sharp corners or microphone or camera (great for parents who might have privacy concerns) and is fully set up for independent play. When my son wants to hear "You've got a friend in me," he sticks Woody on the top of the Tonie box and the song automatically starts playing. If he wants to hear the story of Pinnochio, he grabs that figurine and can switch it out.

The box itself lasts seven hours on one charge, so it's perfectly portable and great for long car rides or to bring to Grandma's house. Once the box finishes a story or song, it automatically turns off and goes to sleep, and there's a headphone jack if you don't want to listen to Woody for the 50th time that day.

In a world where he has so little control over his life (we tell him what to wear, what to eat, where to go), I love that he has this one thing that's fully his to control. And he loves it, too. He already asked if we could buy him the Cars tonies for Christmas. So I told him we'd add it to his list.

Note: T he starter set comes with one Tonie , and then y ou can buy additional Tonies for about $14.99 each.