When you're pregnant, aside from being asked 10,000 times a day if you know the gender and when your due date is, people like to tell you about All the Joy. You are about to experience the best days of your life, and you better be ready.

A few will also tell you in hushed tones about loneliness and isolation. They will ask with a hint of concern whether you have playgroups to go to or friends with new babies. I listened, I heard, I signed up for groups, I made promises with pregnant friends that we would hang out. I decided I wouldn't feel isolated. I'd get out and do things. We'd have adventures, my son and me.

What I hadn't accounted for was the tiredness.

Because I'd never really experienced tiredness before. Sure, I'd pulled all nighters in college, but these had been followed by entire days binge-watching 24 and then 14 hours in bed. I'd traveled and experienced jet lag and had to do taxing things like visit Japanese temples and eat sushi while not having slept for 36 hours. But then I took sleeping tablets and imposed 12 hours of sleep upon myself. What I'd thought was tiredness and what I experienced postpartum were two entirely different animals.

After delivery—after being induced and awake for 48 hours—they handed us our son and left. The baby slept, my husband slept. I didn't sleep. My body was spent, but my mind was racing. Sleeping seemed irresponsible. What if he forgot to breathe and I wasn't awake to remind him? This continued for a couple of days, and by the time my brain was ready to sleep, my son wasn't. So, we stayed home.

In the beginning we stayed home because I was too tired to do anything else. And because I didn't bother putting a shirt on since breastfeeding while clothed seemed like some sort of witchcraft. I dragged myself out once a week to the new moms group I'd signed up for, and that seemed like enough.

Then, just like that, we were able to go out.

Gradually, I started to get more sleep. I started to be able to complete sentences again, to wear clothes. Occasionally I even took a shower. Nap schedules were laughable (he slept when he wanted to) but this meant there was nothing stopping us from going out. Aside from the herculean effort of planning and packing and taking the car seat out to the car. I got more confident and even felt a little superior to the moms I knew who stayed home for nap times.

We were free. No isolation for us.

Then his routine kept us home again.

And then a routine started to emerge. He started to nap more predictably and not nap the rest of the time. There started to be just two hours in the day when he wasn't in need of something from me, where I could stand up without him screaming for me to get back down to his level. Nap time became sacred—of course we were going to stay home for it. To squander those two precious hours of silence and alone time on driving to a friend's house or to a child-friendly museum he wouldn't really enjoy seemed ridiculous.

Nap time was also slap-bang in the middle of the day. So, too dangerous to go out in the morning: He might fall asleep on the way home and scupper his actual nap. Couldn't go too far in the afternoon—he'd be cranky later on and we might get stuck in traffic. Maybe twice a week caution could be thrown to the wind, and he could sleep in the car on the way to somewhere fun. But then that's a whole day without any time out, and the exhaustion levels would creep back up, weighing me down and keeping us home.

Suddenly, I realized why we are called stay-at-home moms. Because we stay at home. At the very best, we cautiously orbit our homes, keeping them in reach. Two hours is the maximum length of a play date. One hour the maximum length of a car ride. If you have swimming lessons planned for 3:30 pm on a Wednesday, there's no point in doing anything else.

Once you're up and dressed and breakfasted, you're in sight of nap time, and then it's lunch, and then it's swimming, and your day is reduced to a 30-minute appointment five minutes away from home. 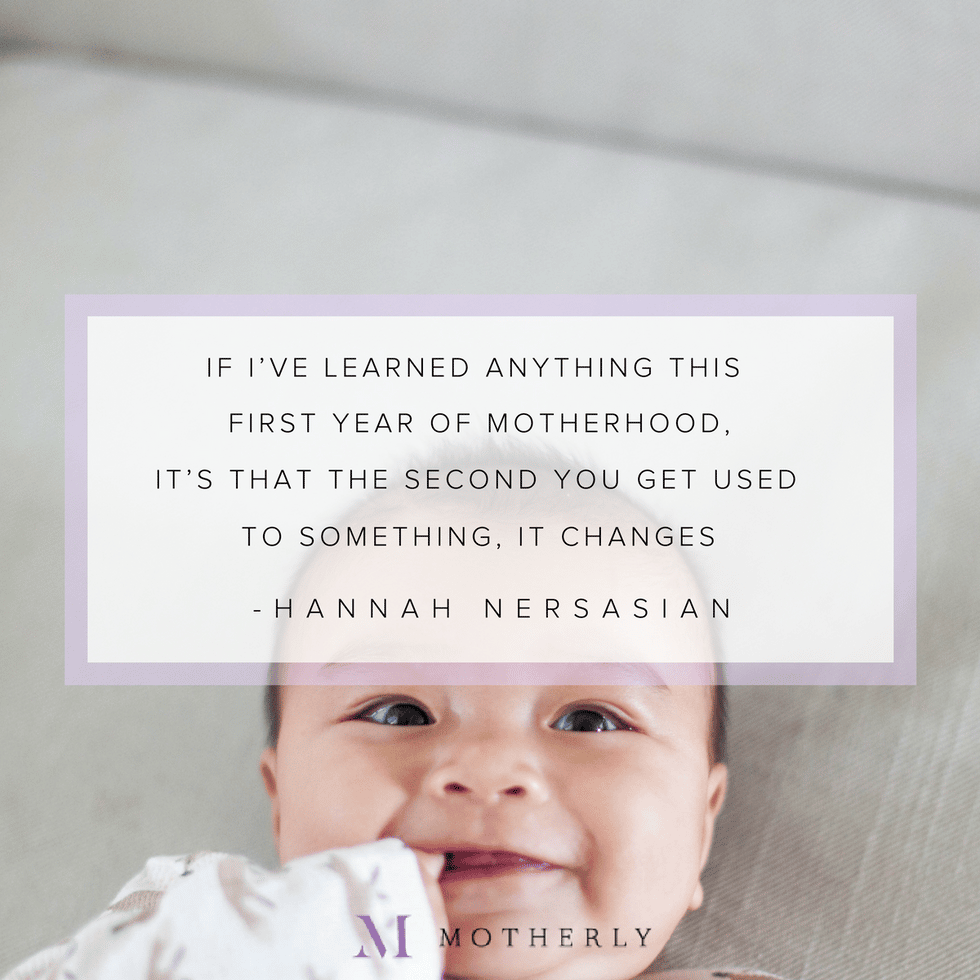 Is this what they meant?

I'm not sure if this is what people meant when they spoke of isolation. If so, I never realized the isolation would be self-imposed. That home would become the haven where tantrums and whines could happen without an audience. Where snacks don't need to be thought out and packed up. And where diaper changes don't involve public bathrooms. I never thought I would be the one keeping myself home—both resenting it and needing it all at the same time.

If I've learned anything this first year of motherhood, it's that the second you get used to something, it changes. So I know it won't always be this way. Too soon, naps will be a fond memory and the leash that keeps us tethered to home will get longer, our windows of time increasing. For now, though, I tell people I'm a stay-at-home mom, and I mean exactly that.

This article was originally posted on the Boston Moms Blog.